Weekend get-aways were always the highlight of my week - at at time when I was still living in Germany.

Since I moved to San Francisco I never felt the urge to leave the city over the weekend - it was rather the other way around: San Francisco has soo much to offer that I was looking forward to the weekend to be able to try out some of its restaurants, go to music festivals or wander around its neighborhoods.

This last weekend I actually left the city over the weekend - my friends and I had planned to do a trip to Murphys and it was completely worth it leaving the town, as this little Gold Rush Village in Calveras County has a lot to offer.

Murphys’ rich and colorful past came alive in 1848 when John and Daniel Murphy established a trading post and gold mining operation in the area that is now their namesake. True entrepreneurs with the luck of the Irish, they were a part of the very first immigrant party (Stephens-Townsend-Murphy) to successfully bring wagons over the Sierra in 1844, paving the way for westward migration.John and Daniel’s cries were among the first heard of “GOLD!” in California. It is reported that the brothers took two million dollars in gold ore from the Murphys Diggins in one year’s time, making them millionaires before the age of 25. 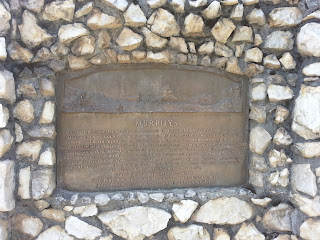 What does Murphys has to do with frogs?

You will see frogs everywhere in Murphys or other little villages around Calaveras County. This is inspired by Mark Twain. When Mark Twain failed at gold mining he turned to journalism and it was during that time that the wrote the short story that would launch his career, The Celebrated Jumping Frog of Calaveras County. Since this story people all over Calaveras County are crazy for frogs and even have an annual frog jumping competition every May. 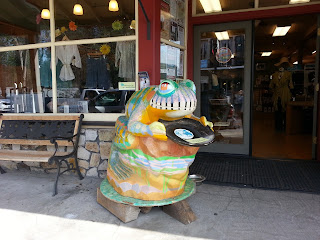 Murphys has great little wineries and I found most of them much more traditional and welcoming than any wineries I had visited in Sonoma or Napa Valley before that. We visited the Lavender Ridge vineyard as well as the Allegorie vineyard, which is both an art room and a winery. 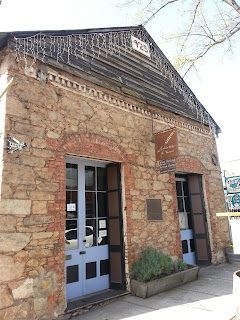 Most of the houses in Murphys didn't change a lot in the last few years. Strolling through the little town is relaxing and since there is almost no phone reception you can even better get away from the rush of everyday life in San Francisco, where everyone is texting and emailing on his smartphone all the time. 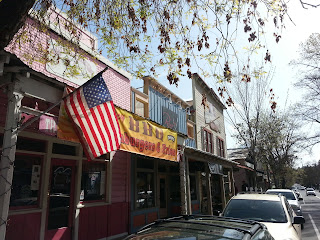 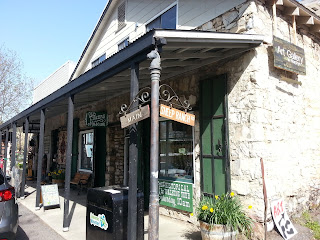 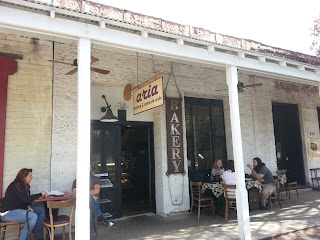