Can Berlin compete with San Francisco? 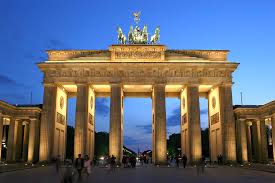 It got a little quiet in the last two weeks around me - I know. But you can be sure, that I have a good reason: I got married and was on honeymoon in Italy. Since yesterday morning I am back to "business" and currently travelling for some meetings in Berlin.

While strolling through Berlin, I was wondering how Berlin compares to San Francisco. Obviously in terms of political and cultural significance Berlin wins: Just visit Schloss Charlottenburg at Spandauer Damm - an impressive palace from the 18th century. Or walk by Gedächtniskirche at Breitscheidplatz in Charlottenburg - this church got destroyed by a bombing in 1934 and is considered an important war memorial of the postwar period.
In addition to that you should not forget to visit Brandenburger Tor, the town's landmark.  A former symbol of the divided city, it drew visitors who used to climb an observation platform in order to get a glimpse of the world behind the Iron Curtain, on the other side of the barren “death-strip” which separated east from west Berlin, geographically and politically.

But in recent years Berlin's start-up importance has been rising as well. More and more entrepreneurs moved to the city to start their businesses. And it is a good environment to start a company in Germany: the country ranked 6th in competitiveness by the World Economic Forum's 2012 - 2013 report, and 3rd in its capacity for innovation.

Not having been in Berlin since my birth, I was inclined to see where entrepreneurs hang out. I asked my friend Christop Räthke, himself an well-connected entrepreneur and founder of Berlin Startup Academy, to show me around the city's tech spots. And this were the places he brought me to:

This is where the magic happens! Near the Rosenthaler Platz subway station, signs of the city's high-tech future blend seamlessly with its communist past. You will find communal offices decked out in colorful IKEA furniture - converted from decrepit breweries and stables. 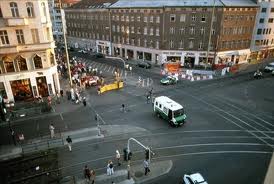 We visited "Sankt Oberholz" and sipped cappuccino while working and being surrounded by many other like-minded people. This is one of THE meeting spots for Berlin's tech scene - the other one would be Betahaus. 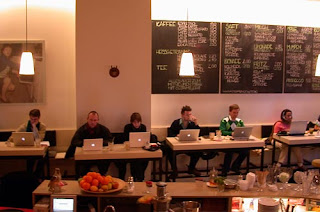 Hotel Amano
If you need to stay overnight in Berlin, you might want to try out Hotel Amano. You can be sure to run into a few entrepreneurs and creative minds while hanging out in the Hotel Lobby or having a drink at the bar.

There a tons of more place, but I won't list all of them here - find out for yourself and explore Berlin. For me it was just a short escape to Berlin but I know for sure: Berlin is the startup capital of Germany and it's hip and cool and especially in the summer it wins over San Francisco in terms of the weather :) (we have a lot of fog right now in San Francisco and it's cold and windy) 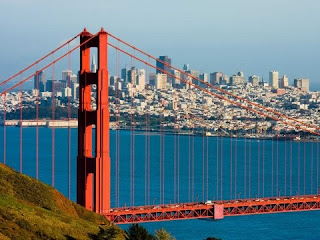 According to Travel + Leisure San Francisco is the most pretentious city - it doesn't just have some great restaurants, galleries, and shops. How did they come up with this ranking? They asked their readers to rank 35 major cities across the U.S., voting on everything from how charming the local accent is to the quality of microbrews and the attractiveness of residents, the quality of luxury shopping, the IQ of residents or how tech-savy the city is. San Francisco ranked high with visitors on the snooty categories like fine dining (#5, behind Charleston, New Orleans and New York, and tied with Chicago), tech-savviness (#2, how could Seattle go first??), and the kind of judgey eco-friendliness that makes those unused to curbside compost feel small (#4).

What do you think about this ranking and is this how you want San Francisco to represent itself and be known in the world?