The challenge of being a writer: to write everyday & never give up

People might think that's a lot. But that is what it takes and there are lots of people who are pretty successful doing that: Theresa Ragan or romance author Maya Banks for instance.

Writing everyday is the best practice you could get. It can be a blog post or an article, a book chapter or just a letter to yourself. The challenge I personally see is that I write a lot of emails every day and a lot of social media entries. And I caught myself trying to cheat by telling me that this counts towards my minimum of 100o words. It doesn't! 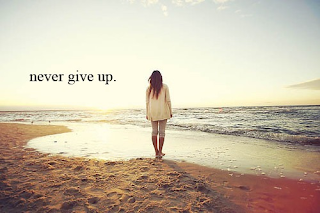 Why? Because it isn't a practice of just being with yourself, focusing on one single topic and trying to get some writing done. It's rather conversational and won't improve your writing skills.
Still, I have this inner battle everyday! And there is another challenge I have: which is to never give up! Especially if you are living in San Francisco, it feels as if there are overnight successes every single day. People sell their companies for millions and they publish books which instantly become bestsellers. Let me tell you: even in the glorified States of America there isn't really such a thing as overnight success. It is all hard work and many times those people have been putting lots of hours (probably more than 10.000 hours to become very well at what they do) into what finally becomes really good. Taking James Altucher as an example again: he has written lots of books before he finally landed a big success with "Chooseyourself". So really, you just have to work hard, and fall many many times to finally get up and succeed.
I'd like to give up many times: on finishing the next book, on starting my Indiegogo Campaign or on getting myself out there. I entered writing contests - many! And in January I felt that I won't need to do it anymore. Because nothing is coming out of it anyway. But then the unexpected happened: I received an email that I was selected as a winner for the upcoming writers workshop of selected semi-finalists at the Tuscon Festival of Books. Wohoo!! So, somehow my submission was considered good in comparison to another 550 submissions or so. And although it's still not the honeypot at the end of the rainbow, it makes me really happy and it gives me the energy to apply for another ten creative contests :)!

What are your experiences with never giving up and daily practice? Maybe for you it isn't the writing but another discipline!! I'd like to hear and learn from you!!
Posted by Unknown at 11:27 AM